China’s bauxite imports in May’22 record a new high at 11.97 million tonnes

Zhejiang New Aluminum Technology Co Ltd have a team for the research of ingot price every day .We can give some professional guidance to ensure our partner get the best price at the right time to place the order.

According to the data revealed by the General Administration of Customs on Wednesday, June 22, China’s bauxite imports recorded a historical high, totalling 11.97 million tonnes in May 2022. That was an increase of 7.6 per cent month-on-month and a hike of 31.4 per cent over a year. 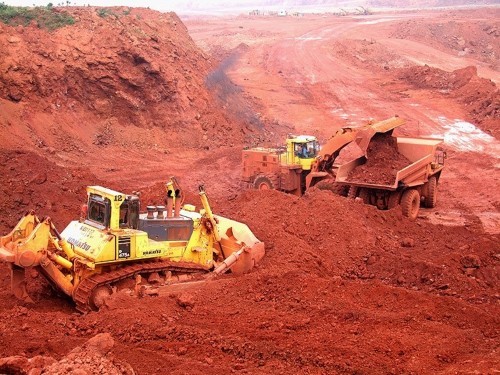 Australia stood as the leading exporter of bauxite ore to China in May, providing 3.09 million tonnes. On a month-on-month calculation, that was down by 0.95 per cent but registered a hike of 26.6 per cent over the year. As per General Customs, bauxite supply from Australia to China was relatively stable in May after seasonal fall at the beginning of the year. During the second quarter of 2022, Australia’s bauxite production increased, hence, the imports to China.

Guinea, the second-largest exporter of bauxite to China, contributed 6.94 million tonnes in May, the highest in past many years. On a month-on-month calculation, Guinea’s bauxite exports to China rose 19.08 per cent, and on a year-on-year basis, surged 32.9 per cent. Guinea bauxite is mostly used in newly commissioned domestic alumina refineries such as Bosai Wanzhou and Hebei Wenfeng. The rising demand pushed Guinea ore imports record new highs.

Indonesia, which once used to be the key supplier of bauxite to China, exported 1.74 million tonnes of bauxite ore to China in May 2022. On a year-on-year basis, that was up by 40.7 per cent but down by 18.6 per cent month-on-month.  Earlier, Indonesian bauxite used to account for about 75 per cent of China's total imports. Before Guinea joined the importing country list, Indonesian ore was mainly used by alumina refineries in Shandong.

China’s other bauxite importing countries included Montenegro, Turkey, and Malaysia in May 2022. They exported 49,400 tonnes, 124,900 tonnes, and 22,300 tonnes of bauxite ore, respectively.

But the historical rise in China’s bauxite imports indicates the country’s growing dependence on imported ore. At present, Indonesia has repeatedly proposed bauxite export ban, while the risk of bauxite export from Guinea still exists due to unstable regime in the country. The most direct impact will be on imported bauxite price. Many ore traders have already expressed their bullish projection on future bauxite prices.